This week, a group of researchers published a new study that demonstrates how a novel brain imaging technique can identify people who have suicidal thoughts, simply by presenting them with certain key words, asking them to reflect on their meanings, and using machine learning to analyze that brain activity.

The results of the study, published in the journal Nature Human Behaviour, challenge the common stereotype that suicidal people could change their perspective if they exerted more effort; the data suggests that suicidal feelings and thoughts are deeply intertwined with the way the brain processes information.

“Suicidality isn’t that you can’t cope with life; it’s that you’ve somehow gotten into a pattern of thinking that leads you to consider suicide,” states Marcel Just, a cognitive neuroscientist and the study’s lead author, and a professor of psychology at Carnegie Mellon University.

Just and his co-authors studied 34 young adults, half of whom had a history of suicidal thinking or past attempts, and half of whom did not. The participants were placed in a functional magnetic resonance imaging machine (fMRI), which measures brain activity by monitoring blood flow. The researchers then showed each person 30 words related to suicide and positive and negative feelings, including “death,” “desperate,” “carefree,” “kindness,” “trouble,” and “worried.”

To analyze the results, the researchers used machine learning to characterize people’s brain activity patterns: 91 percent of the time, it correctly determined which participant had a history of suicidal thoughts, and which did not. It also successfully identified which individuals had previously attempted suicide.

The analysis yielded critical information about which concepts led to the clearest distinctions between the groups. The brains of participants with suicidal thoughts and behavior had vastly different responses to the words “death,” “cruelty,” “trouble,” “carefree,” “good,” and “praise,” and most of those participants demonstrated high levels of self-reported depression that included a negative view of the self, world, and the future. “Our research shows that suicidal ideation is exactly the way you think about things,” Just says. “Something changed the way your brain and mind work.”

Though the study is small, it demonstrates the promise of fMRI used in tandem with machine learning, a novel approach that resolves some of the challenges of relying on imaging to make conclusions about brain activity. Machine learning makes it possible to observe statistically significant differences between patients and a control group, which has been difficult in the past.

Just asserts that if the technique remains successful in larger studies, it could become an important tool in helping doctors assess suicide risk and develop targeted treatments. If a psychologist, for example, had better information surrounding which concepts were altered in a suicidal patient, he/she could potentially tailor talk therapy or medication to positively change that person’s way of thinking.

The study’s results also raise complex questions about new technology that helps reveal what processes are occurring in our brains as we think. In a dystopian future, one could imagine the tool being used as a way to exclude people with suicidal thoughts or behavior from certain professional and private roles, including military service, political office, or even parenthood.

Just says the technology requires immense focus and participation from the subject, so it could not be forced on people — yet. How people decide to subject their thoughts to examination and whether that information is shared publicly will eventually become the “ultimate privacy question,” adds Just. In the meantime, he is hopeful that the technology, if proven successful, will give patients and their doctors meaningful ways to assess and prevent suicide risk. Just is optimistic in the human ability to influence and shape the brain with the right tools. “There’s no question that our brains are malleable,” he says. “They are the most powerful tool that mother nature gives us.” 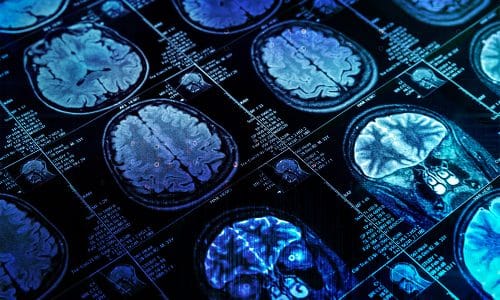