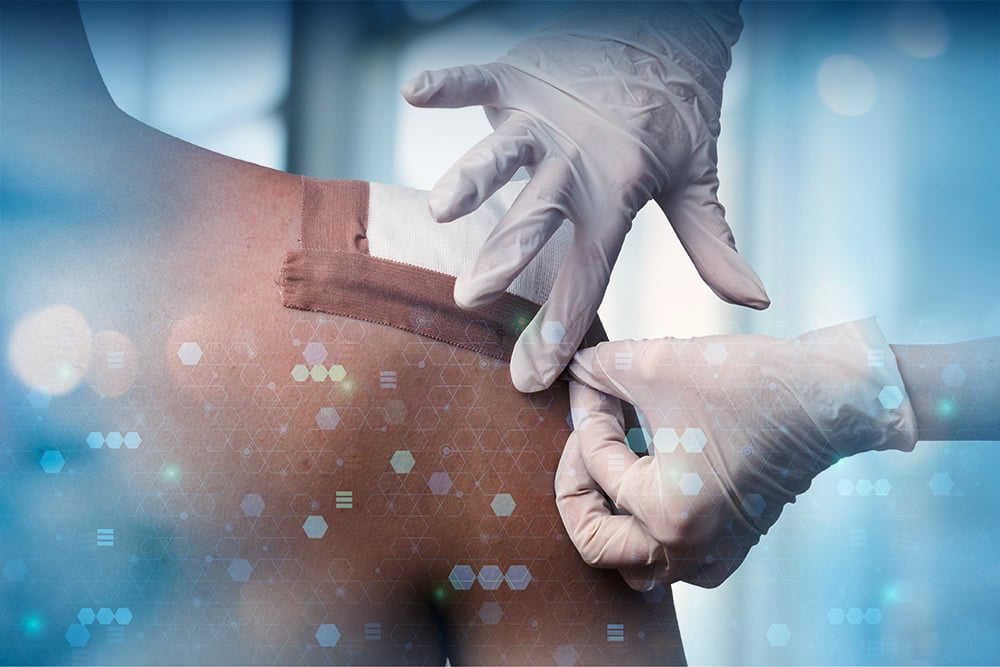 Rather, it is the silver ions that are released when exposed to moisture, which are highly effective in fighting infection as they attack bacteria with multiple modes of action.

These actions include the silver ion binding to the bacteria cell wall so that nutrients cannot pass through. Because the ions bind to the cell wall, oxygen is also unable to get in, explains Brizuela. The ion then penetrates the cell wall and binds with its DNA and nucleus, making it impossible for the cell to replicate. “It’s starved, it can’t breathe, and it can’t replicate, therefore it can’t thrive,” Brizuela says.

Two recent studies have found a significant decrease in the occurrence of infections when Silverlon antimicrobial wound dressings are used. One is an independent study conducted by the Department of Orthopaedic Surgery, Harvard Combined Orthopaedic Residency Program. The study, titled “Use of Silver Nylon Dressing Following Total Hip and Knee Arthroplasty Decreases the Postoperative Infection Rate,” showed a 54% reduction in superficial and deep prosthetic joint infections (PJIs) following total joint replacement, when Silverlon dressings were used in place of standard dressings made of Xeroform and gauze.

A second study, “Reduction in Central Line-Associated Bloodstream Infections Correlated With the Introduction of a Novel Silver-Plated Dressing for Central Venous Catheters and Maintained for 6 Years,” was conducted by the University of South Florida and Tampa General Hospital, and showed a 46% decrease in central line-associated bloodstream infections (CLABSIs) per 1000 catheter days when the Silverlon dressings were used.

When these types of wound dressings are used, there is also an additional cost benefit: an estimated savings of $122,100 to $1,188,000 over the one-year study period at Tampa General Hospital. Since the study period, Tampa General Hospital has maintained the reduced CLABSI rate for six years by using Silverlon dressings in seven different ICUs, including medical, coronary care, neurological, burn, surgical trauma, cardiothoracic, and vascular.

Another supplemental detail that further confirms the benefits of Silverlon wound dressings: they are sustainable, and can be worn for up to seven days. Additionally, they have a permanently plated metallic surface, which provides the antimicrobial benefits of silver without staining the skin and increasing bioburden.