The Financial Potential of Digital Health

New research indicates that digital health has the potential to save up to $46 billion in annual healthcare spending, according to a new report from IQVIA (Quintiles/IMS Health). Murray Aitken, Executive Director of the IQVIA Institute for Human Data Science, describes a new landscape of healthcare, in which a model that looks across five different patient population groups has seen a proven reduction in acute care utilization–typically hospitalization–when consumer mobile apps are used.

“Diabetes prevention, diabetes care, asthma, cardiac rehabilitation, and pulmonary rehabilitation: in each of those five areas we took the results from published research and modeled that to estimate that if these available apps today were used by all patients who could benefit from them, the US healthcare system could save $7 billion per year. So that’s just for five areas. If that level of savings was achievable across all disease areas, we’re looking at annual savings of something like $46 billion.”

While there is an incontrovertible increase in terms of innovation, and increased evidence surrounding the impact that digital health can have on outcomes in addition to cost, there is also an uptick in adoption of mobile health apps. Aitken and his team report that there are now more than 318,500 health-related consumer apps available for download: nearly twice the amount from two years ago. Around 200 new apps are added to the marketplace each day.

The majority of health apps are comprised of general wellness apps, yet recent advancements in chronic condition management apps have made them increasingly popular and relevant. In addition to the apps themselves, there is a growing amount of efficacy data available surrounding the apps, based on searches on ClinicalTrials.gov. As of February, there were 869 active trials utilizing digital health technology worldwide; 540 were in the United States.

Moreover, several of the barriers to adoption that were previously restrictive are changing; as there are more publications regarding privacy and security guidelines, app formularies are being officially established, and there is a continued shift to value-based care. “We still have a long way to go,” says Aitken. “We don’t want to overstate the extent to which mobile health apps have become mainstream, but relative to four years ago, there is a lot of progress that has been made.” 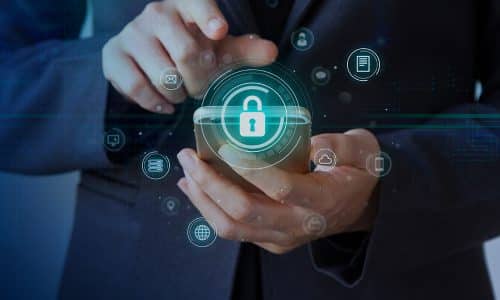