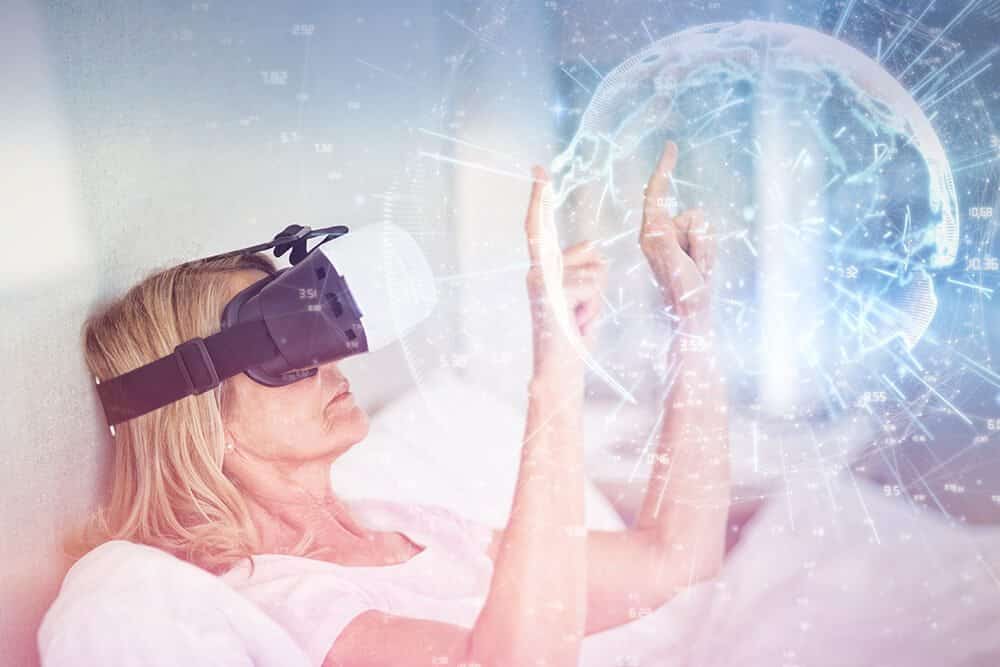 The mysteries of the brain do not easily become solved.  That is what many manufacturers of virtual reality devices and medical and care providers are finding out as they test virtual reality (VR) for seniors in communities for the aged around the country.

VR has tremendous potential assisting seniors with cognitive and physical impairments who are hard pressed to express themselves and focus on the outside world.

VR was recently tested in Maplewood Senior Living in New England among residents with dementia.

With headsets developed by Rendever, patients were transported to a virtual world of African safaris or other travels and visuals.  All having a very positive impact, according to a report from Voice of America.  The VR had a very calming effect, commented Brian Geyser, Maplewood vice president of clinical innovation and population health.  He added that reminiscence therapies help residents with dementia forget troubling thoughts and reduce their anxiety and agitation.

A study by Rendever compared VR with television viewing and found reminiscent therapies led to physical and social wellbeing. The firm was able to reduce motion sickness, common in VR.

However, researchers concede that much more research needs to be done to both perfect the technology and understand how VR impacts the brain.

In a related development an exclusive partnership has been announced by MyndVR, a provider of VR solutions for assisted living communities and Littlstar.  That firm is a global content network dedicated to virtual reality, 360-degree video and immersive experience for adults.  The two firms will team up to provide seniors with content and virtual experiences from some of the leading content firms, including DiscoveryVR, National Geographic, USA Today and The Wall Street Journal.

According to Chris Brickler, CEO of MyndVR, “we recently completed a large scale national pilot with several hundred people in senior living communities including those living independently and those with Alzheimer’s Disease, Parkinson’s and other age-related conditions.

The firm witnessed first-hand what content works specifically for seniors to better understand that the aging mind wants to continue to learn, create and explore, noted Brickler.  “The technology holds tremendous therapeutic promise and our goal is to give seniors across the country access to an affordable VR solution.”

Still some experts are concerned about VR’s impact on the brain, especially on learning and memory, according to a Voice of America report.