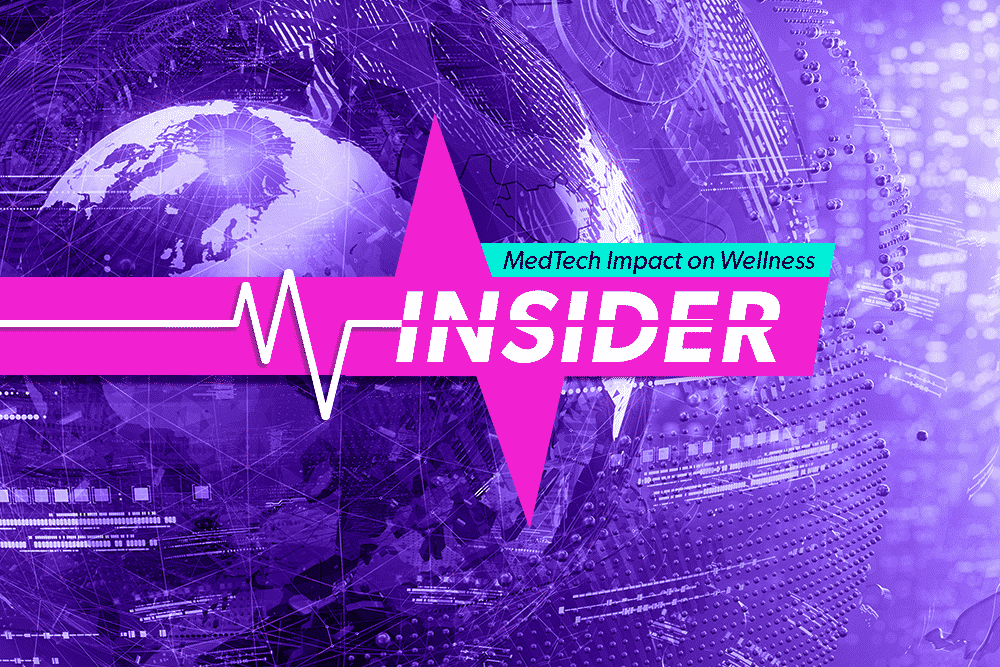 Researcher Develop “DNA Origami” Potentially Capable of Fighting Cancerous Tumors
Researcher at ASU and China’s National Center for Nanoscience and Technology are building nanobots that are constructed from DNA folded into 3D shapes–a process nicknamed “DNA origami.” As the lead nanoscience device developer Hao Yan explains,  the autonomous, molecular-level machines are able to “go into the blood to find [a] tumor and kill it.” Sized at one-thousandth the width of a strand of hair, the nanobots are reportedly able to leave healthy cells untouched. Thus unique form of nanostructure technology has shown promise in initial tests, doubling the survival rate of mice with cancer.

Using Augmented Reality to Identify the Likely Onset of Neurodegenerative Diseases
Altoida, a virtual and augmented reality company is developing tools geared towards offering predictions about the onset of mental illness in older patients. The company’s tools have previously been cleared by the Food and Drug Administration for predicting Alzheimer’s by measuring brain function. The company utilizes an iPad or a tablet accelermeter, a gyroscope, and touch screen sensor to detect what the company call “micro-errors” as patients engage in a series of AR and VR challenges. In a statement, Dr. Walter Greenlead, PhD–a neuroscientist and Distinguished Visiting Scholar working at the Standford University of Virtual Human Interaction Lab–explained: “Developing enhanced methods to objectively evaluate cognitive function is a critical component of the next generation digital medicine — a component that is required to not only advance the basic research in neurodegenerative disease, but also one that is required for the development of improved clinical interventions.”

FDA Clears Smartphone-Controlled Medical Device to Treat Migraine
The FDA has granted clearance to a smartphone-controlled medical device that is reportedly able to treat migraines. Theranica, the bio-medical technology company claims that its Nerivio Migra device uses remote electrical neuromodulation for the acute treatment of migraine. Through a prospective, randomized, placebo controlled study of 252 patients, the device was applied for 30 to 45 minutes on the upper arm within one hour of attack onset. The device was cleared through the recently implemented de novo regulatory pathway.

ADA Includes Disposable Patch Device in Standards of Medical Care in Diabetes
The American Diabetes Association has included a “Disposable Patch-Like Device”  in it’s annual Standards of Medical Care in Diabetes. The inclusion marks the first time such a device has been incorporated in ADA’s current clinical practice recommendations for insulin delivery. In a public statement, John Timberlake, President and Chief Executive Officer of Valeritas–a company which produces such devices– shared: “It is good news for patients and medical professionals that the ADA now includes disposable, patch-like devices in its annual Standards of Medical Care, “Having a well respected organization like the ADA recognize the value of a disposable, patch-like device, such as V-Go, is significant.”

Facebook Releases Digital Maps To Aid With Fighting Disease Outbreaks
Facebook recently announced a new initiative aimed on using its data and technologies to aid non-profit organizations and universities working in public health to track the spread of infectious disease across the globe. The company is using three maps: population density, movement, and network coverage. The company claims that the maps will help the health partners in better determining how to respond to outbreaks and where supplies should be delivered. By utilizing new maps with various factors of public health data, Facebook aims to better equip organizations to strategically target outbreaks. Facebook claims that maps are not built using Facebook data, but instead are developed by using Facebook’s AI capabilities with satellite imagery and census information.