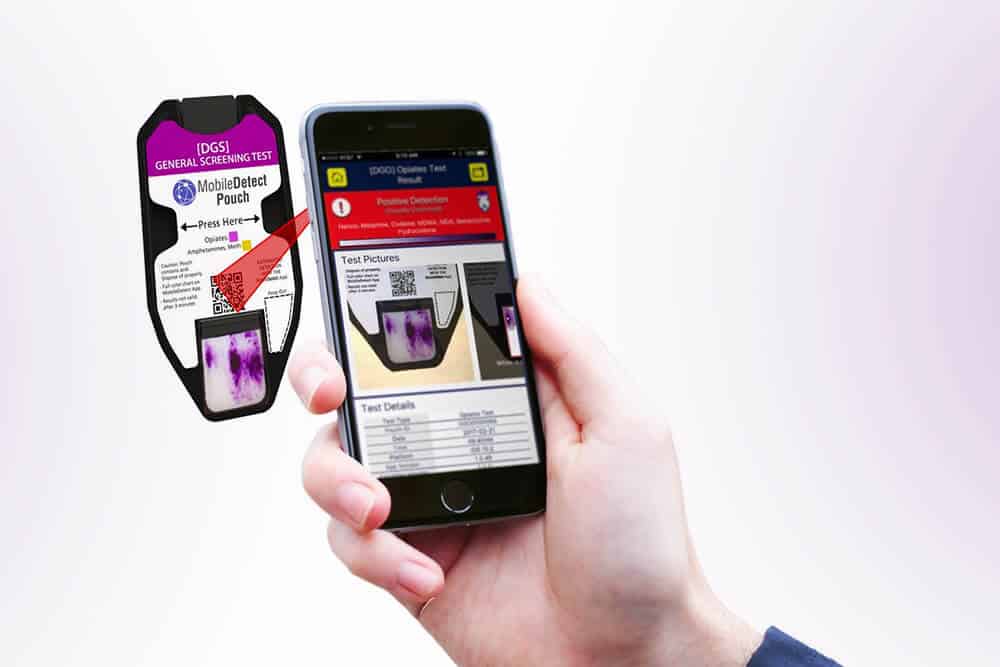 Drug abuse is one of the most problematic issues of our time, with addiction at epidemic levels. Now there is a new app for mobile devices that can detect traces or bulk quantities of all kinds of drugs. MobileDetect is specifically designed for law enforcement personnel—EMS, hazmat, security officers, customs and border patrols.

However, it also has applications for concerned parents, family members and probation officers.

The product is an outgrowth of DetectaChem’s SEEKER product line.  MobileDetect uses the same patented automated colorimetric technology used by SEEKER to find trace or bulk quantities of drug material.  What makes this especially user friendly is the fact that users can easily send PDFs of results reports through email, text, Dropbox and with photos.

MobileDetect uses the MobileDetect Pouch consumable that provides presumptive chemical reagent identification of major drugs such as heroin, fentanyl, cocaine, THC, methamphetamine, synthetics and more.  A full list of what MobileDetect can detect is provided below:

·       Stimulants– such as Amphetamines, Cocaine, or Meth

·       Depressants– such as Barbiturates or Rohypnol

·       Hallucinogens– such as Ecstasy, MDMA, K2/Spice, Ketamine, or Psilocybin

The U.S. Opioid epidemic has reached emergency levels and according to the company, MobileDetect provides a critical new detection solution.

“The MobileDetect fentanyl pouch fits a long-sought after trace detection need that all in the first responder community need to be aware of.  MobileDtect is a game-changing solution at a price that is affordable for any and all responders,” notes Christina Baxter, CEO of Emergency Response Tips, LLC.

The product is now offered through the Apple and Android app store and can be downloaded for free with five test scans included. There is also license pricing.