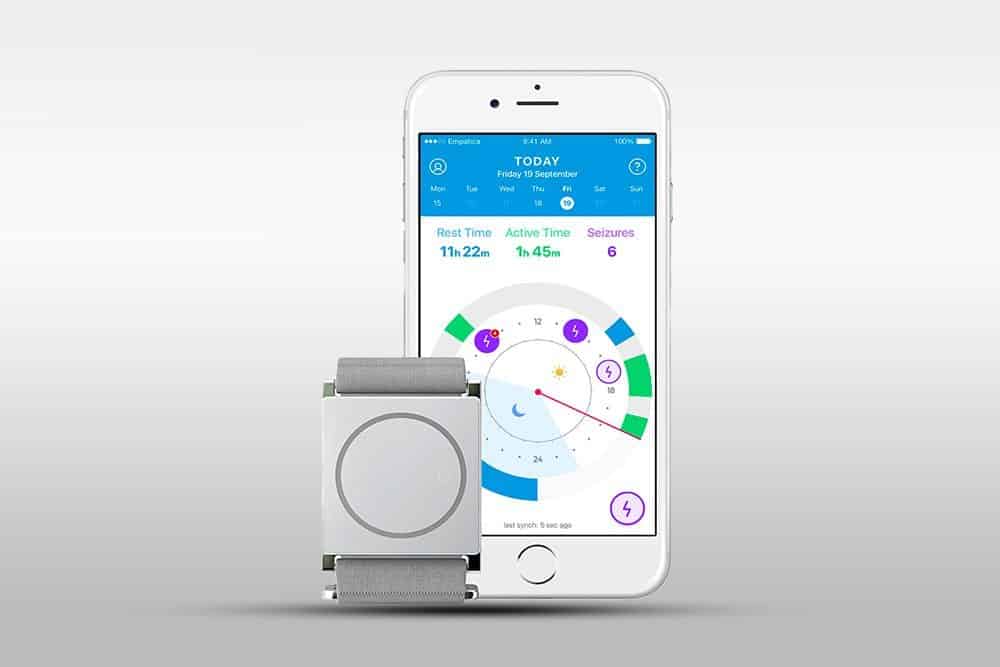 The FDA has cleared a new smart watch that uses artificial intelligence (AI) to detect seizures.

Tabbed, “Embrace” the device is produced by Empatica, an MIT Lab spin-off based in Cambridge, MA.

According to the firm, the product monitors the most dangerous kinds of seizures—”grand mal” or generalized tonic-clonic seizures.  The device then alerts caregivers.

Empatica cites data by the CDC that 1.2% of the US population suffers from Epilepsy.  That’s about 3.4 million patients, including 470,000 children.  Around 35% of these patients do not respond to medication to control their seizures, while another third is only partially responsive to medication.

“The FDA approval of the Embrace device to detect major convulsive seizures represents a major milestone in the care of epilepsy patients,” said Orin Devinsky, Director of NYU’s Comprehensive Epilepsy Center.  He added that more than 3,000 Americans die each year from Sudden Unexpected Death in Epilepsy (SUDEP) “and the Embrace offers the potential to alarm family members and caretakers that a tonic-clonic seizure is occurring.  The scientific evidence strongly supports that prompt attention during or shortly after these convulsive seizures can be life-saving in many cases.”

According to an Empatica report, generalized tonic-clonic seizures result in a loss of consciousness and can leave the person in a state of confusion for some time afterwards.

For the most part, clinical trial patients self-report in a diary when a seizure happens.  This is said to be an inaccurate process.  Over 40% of the most dangerous generalized tonic-clonic seizures are not reported.  But Embrace’s high sensitivity purportedly makes seizure reporting more accurate.  The bracelet also sends an alert immediately to a caregiver.