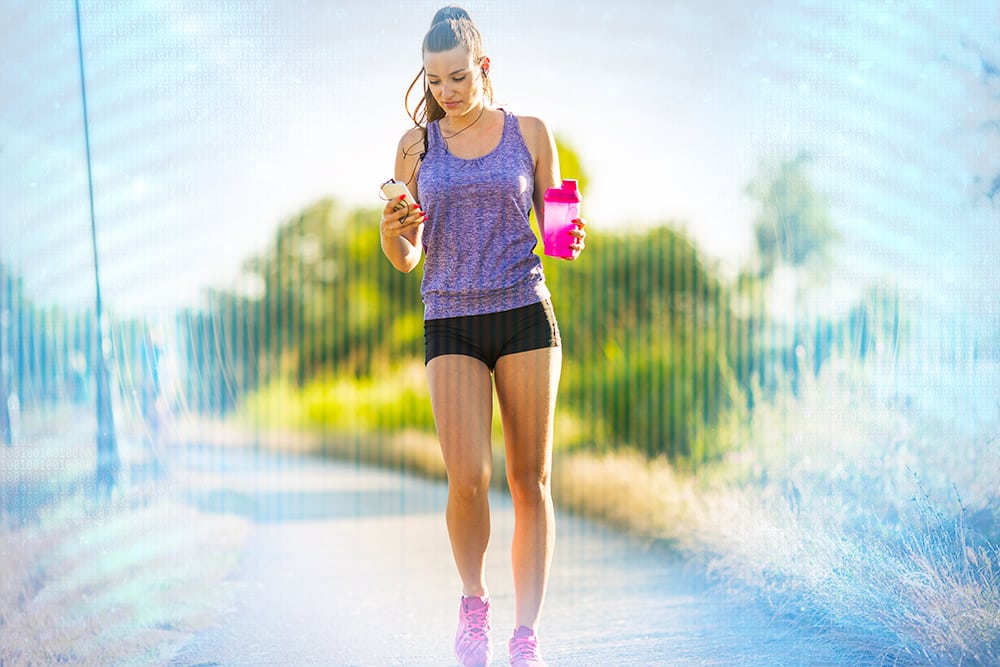 Now, a newer approach utilizes a web-based game called MapTrek, which can be synced with Fitbit to encourage exercise through virtual walking tours. The game was conceived by researchers at the University of Iowa, and can be played with a smartphone and Fitbit.

“We essentially found that people who received the game right out of the gates increased their steps by about 2,200 per day, which is close to walking one mile,” Carr says. “Statistically, that’s significant. It’s also clinically significant.”

The game is fairly simple to operate. Users sync data from accelerometers (the study used Fitbits) with the web-based MapTrek, which then moves a virtual avatar along a map in proportion to the participant’s number of steps, using Google Maps. Participants of the study were grouped together, and competed against one another in weekly walking challenges each week.

“You can see what place you’re in and see where you’re at on this map…every week, the race changes to a different place in the world: the Appalachian Trail, the Grand Canyon,” says Carr.

The game ultimately turns into a virtual walk or rac; through Google’s street view function, users can click and see their respective positions in real time. MapTrek also sends users daily text messages, to remind them to wear their Fitbits, and to provide further encouragement. Users were also able to take part in daily challenges to earn bonus steps.

Other fitness monitors are currently being studied, but Carr states that Fitbits were chosen because they are commonly used, and have accessible data.

The results were specifically encouraging because during the 10-week study, the researchers found that the Fitbit and MapTrek group walked 2,092 more steps per day–and completed 11 more active minutes per day–compared with the Fitbit-only group. Active minutes were defined as those in which the participants took more than 100 steps.

“If a person can maintain a daily 2,000-step increase, that could result in a clinically significant improvement in their overall health,” Carr says. “It’s associated with about a 10 percent relative reduction in long-term incidence of cardiovascular disease.”